This tag is associated with 6 posts 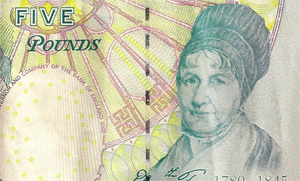 This week Mervyn King, the Governor of the Bank of England, announced Winston Churchill will replace social reformer Elizabeth Fry as the face of £5 notes. This means that, other than the Queen, there will be no women featuring on our English bank notes.

An all-male line-up on our banknotes sends out the damaging message that no woman has done anything important enough to appear. This is patently untrue. Not only have numerous women emerged as leading figures in their fields, they have done so against the historic odds stacked against them which denied women a public voice and relegated them to the private sphere – making their emergence into public life all the more impressive and worthy of celebration.

For more information on this petition see: Change.org

Among the highlights of the Queen‘s diamond jubilee celebrations this weekend was the grand river pageant on the river Thames.

Over 1,000 gaily decorated private boats were present on the Thames, creating a seven-mile flotilla. The pre-event buzz and thousands of visitors flocked to the banks – including the Thames Embankment to view the spectacular event.

The cost of the River Pageant said to run to approximately £12 million, plus £2 million in VAT. And although television historian David Starkey described the flotilla as “lunacy”, and warns that the queen may not favour exuberant celebrations, but it’s unlikely such criticism is likely to have much effect on those out today watching the Thames Diamond Jubilee Flotilla. Yesterday the Queen was in Ascot.

In London it’s estimated 3000 plus street parties took place with many more across the South of England and also in the North. The Bank holiday will conclude on Tuesday. 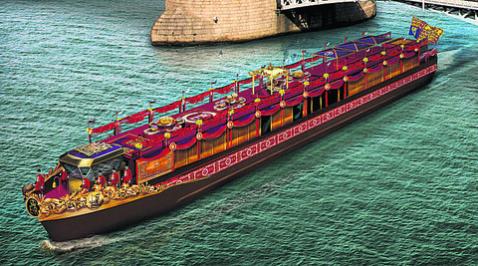 This  enthralling piece of footage is the second part of the crucial delivery of a donor liver by the Metropolitan Police.

The journey begins from Junction 7 by two Metropolitan police Rover SD1 3500s. The two cars(one a back-up) speed Southbound into London. At times their speeds peak at  120 Mph .

The journey  was made in 30 mins with just 5 minutes to spare and described as one of the finest examples of police driving under pressure ever captured on video.

Around 50 police officers were used to help transport the liver. These were mainly posted in advance to road junctions to stop the traffic as the liver run approached.

When driving through The City area of London, two motorbikes from the City of London police helped escort the Metropolitan police cars.

NHS staff who have concerns about patient care will be able to access a new, free whistleblowing help line from the 1 January, Health Secretary Andrew announced today.

The helpline will be available to staff and employers in social care as well as the NHS, via a now-free phone service. The helpline, that will be Government funded, is part of the current Government’s commitment to  tackle what it poor practice within the NHS and social care there will also be a contractual duty of employees to raise concerns where they beleive there is poor care introduced in a a new NHS Constitution.

The Department of Health,  Minister Andrew Lansley said of the scheme:

“Staff on the frontline know when patient services need to improve. That’s why staff who blow the whistle are crucial in helping to raise standards, and we’re determined to support them.  Making it easier for staff to challenge the institutional power of organisations is a key factor in preventing, identifying and tackling pockets of culturally poor practice. That’s why we’ve created a help line service for concerned staff, which, from 1 January, will be completely free and available to those in the NHS and social care sector.

The Government is also looking to provide a web-based service where employees can raise their concerns over poor practice this will be announced later in 2012.

Simon Danziuk MP for Rochdale states on his newsletter this week: ‘A report published by the housing charity Shelter has named Rochdale as a national hotspot for home repossessions. With hundreds of families having lost their home in Rochdale last year, the Government’s VAT increase, public service cuts and cuts to the Citizens’ Advice Bureau has left many struggling to meet mortgage payments and without access to good debt advice. I fear that a future rise in interest rates will make it even harder for families to keep up with their mortgage payments and could lead to the repossessions crisis deepening.’

MP Simon Danczuk is calling for the Bank of England to delay interest rate rises to help struggling
families. He said: “People are already struggling with high inflation and wage freezes so we don’twant to
see an increase in interest rates making it even harder for families to keep up with mortgage payments.
“This is a difficult time and low interest rates are keeping many homeowners afloat.” Mr Danczuk believes a 17-per-cent jump in home repossessions across England is a result of coalition government policy.

He adds: “The VAT rise has pushed up inflation and short-sighted cuts to the Citizen Advice Bureau
network mean fewer people are able to get the debt advice they need to help them avoid repossessions.

Manchester Pride or Rip Off?

I’d like to wish everyone that will be attending the Pride celebrations of Manchester this weekend lots of fun and enjoyment. This year attracting stars like Pixie Lott, Pan Amm and Blue and many other names probably from the entertainment business. A personal message of surrport for the event has been expressed on the Pride site  by the leaders the UK’s political  parties.

It  is no secret that the event certainly generates a fair amount of income (around £80 million between 2003-2006 alone) to the capital and it appears that the Manchester  tourist board benefit from this as well as they are partly involved in its production. But there are those that are asking about exactly how much is actually being donated to the charities that seeks to serve.

In fact its name (Carnival of Fun, Mardi Gras, GayFest, Manchester Europride and Manchester Pride) has not only changed over the years but also it’s organisation as well. Initially humble beginnings in 1990 run by the ‘Village Charity’  to today organised and produced by Manchester Pride Ltd, and there are those that question whether much more has been raised for charities that the organisers claim to help since the introduction of  ticket pricing for those attending the post parade celebrations such as the gay village’s pubs and clubs and concert  and entertainment areas (where most of the post parade celebrations takes place).

The ticket price this year will range from £20 to £25 pounds and then one would also want to add the door entry fees of £10-30 per night to enter some of the villages gay and straight friendly ‘exclusive’ clubs and that’s before you’ve bought  a drink (which some people believe to be increased also in price).

So those wishing to spend their un-recession hit ‘Pink Pound‘ could quite easily be spending over a £100 plus per day. In fact not surprisingly there are young people,  families, and individuals within  the (LGBT & heterosexual community that see it increasingly commercialised and unaffordable.

g7uk.com has a web page entitled “manchester-pride-investigation” and it makes an interesting read and raises some interesting figures and questions as to how much is actually being raised for charity.

This year the organisers the Manchester Pride website included a breakdown of how much money has been donated in 2010 (and previous years).

To celebrate it’s 21st anniversary cast of the TV show Shameless  among others were involved in the short film commissioned by Manchester Pride over 19 -29 August 2011 (see below).

Parliamentary Office of Science and Technology